Blog
You are here: Home1 / Blog2 / Social Media3 / Mixing in Analog Marketing in a Digital World 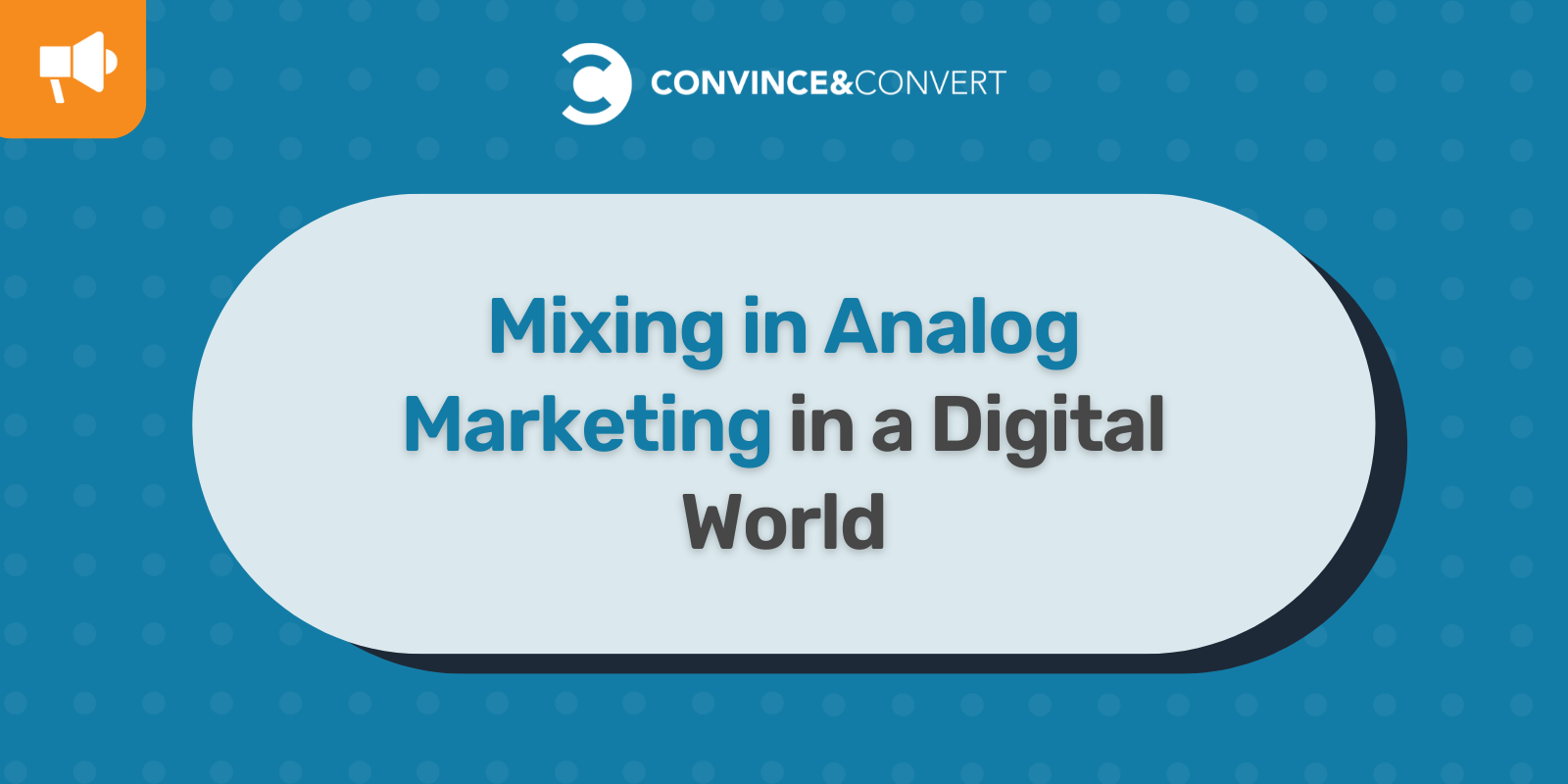 I hate to state the obvious here—especially to this group of enlightened readers–but we all live in a busy, data-driven world.

And doubtful many of us in the marketing world would argue that this has allowed for greater understanding and reach of not only our current customers, but also for potential leads through digital content and data.

But in a life that centers more and more around screen time and inboxes overflowing with nurture emails that feign a personal touch, sometimes an old-fashioned analog project—with a modern-day digital touch— can get you the results you’ve been looking for.

Go ahead and admit it: You can sniff out a nurture email a mile away. That subject line from someone you’ve never met, but makes it seem like you’re old, long lost friends? It’s BS and you know it.

We had a recent customer who had engaged with us on a significant project in 2021. We kept in touch on follow up initiatives and opportunities that would benefit the firm, but resulted in no new business.

A few weeks ago, I received an eBook on some new research that happened to fall into the former customer’s vertical. I immediately thought of them, sent it over with the only intention of being helpful.

That article created a conversation, which turned into a business discussion and within a week had entered into a new agreement for additional business this year.

At The Intersection of Helping and Selling

We relish our relationship with customers and are always happy to pass along worthwhile information that will assist them, even if it means no new work.

Would a traditional marketing tactic like a nurture email sequence have worked here? Maybe, but unlikely. A constant barrage of nagging emails? Doubtful. But a personal touch, mixed with a helpful hand paved the way for the new engagement.

The point here is this: if you’re helpful for no other reason than to ACTUALLY be helpful, customers will remember and more than likely appreciate your effort. C&C Founder Jay Baer calls this being a “Youtility,” whereby you create marketing so useful, customers will pay for it.

I attended a recent webinar where they discussed customer follow-up after a purchase. Several panelists recalled memorable touches by brands, including hand-written thank you notes. One of the speakers commented on his view that “what’s old is new again.”

Another example of an analog approach to get more business is a B2C model from one of my new favorite online creators, Van Neistat.  You may be more familiar with Van’s brother Casey Neistat, one of YouTube’s OG mega stars. But Van’s own YouTube channel, The Spirited Man, has been gaining steam over the past year since he founded it, with its mix of DIY creativity and philosophy.

To leverage his media even further, he recently started a Patreon channel, posting weekly livestream Q&A video segments, peer discussions and his directive commentary on some of his older film work – some of which included video pieces he made with artist Tom Sachs.

Van grew his Patreon viewer base quickly to 700+ paid subscribers, but essentially stalled there.

If you’re helpful for no other reason than to ACTUALLY be helpful, customers will remember and more than likely appreciate your effort.

So then he posted a YouTube video on how to make a “zine,” an old-fashioned do-it-yourself magazine, usually made at one’s kitchen table.  At the same time, he made available to his subscribers a copy of the zine—in a hybrid model: delivered two ways: digitally as a standard PDF, but also as a PDF in paginated form, allowing the user to download, print and assemble the hard copy themselves. 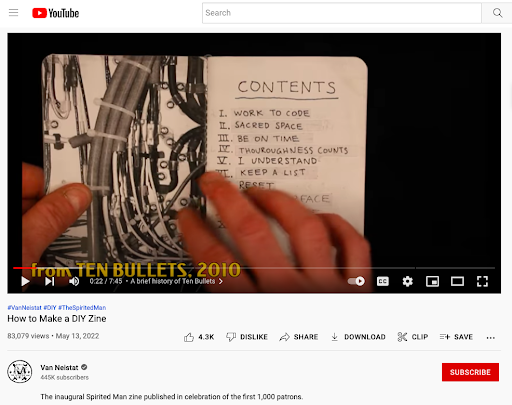 He also promised subsequent zines each time his subscriber base reached another 1,000-member level.

With the release of the first zine, his subscriber base more than tripled in less than two weeks, triggering a second zine and making the first issue unavailable.

The lesson? Digital marketing and creation is great and a clear connector to your audience and future customers, but don’t forget about other proven methods of marketing—especially those with a personal touch. Some of them may be analog and seemingly old fashioned, but can go a long way in raising awareness and reach.

The post Mixing in Analog Marketing in a Digital World appeared first on Convince & Convert.

Did you miss our previous article…
https://www.sydneysocialmediaservices.com/?p=2656

Addressing the Reactions to the Shutdown of Facebook Podcasts

How Typeform Stands Out In A Crowded Market